What to Expect from Flight Training! 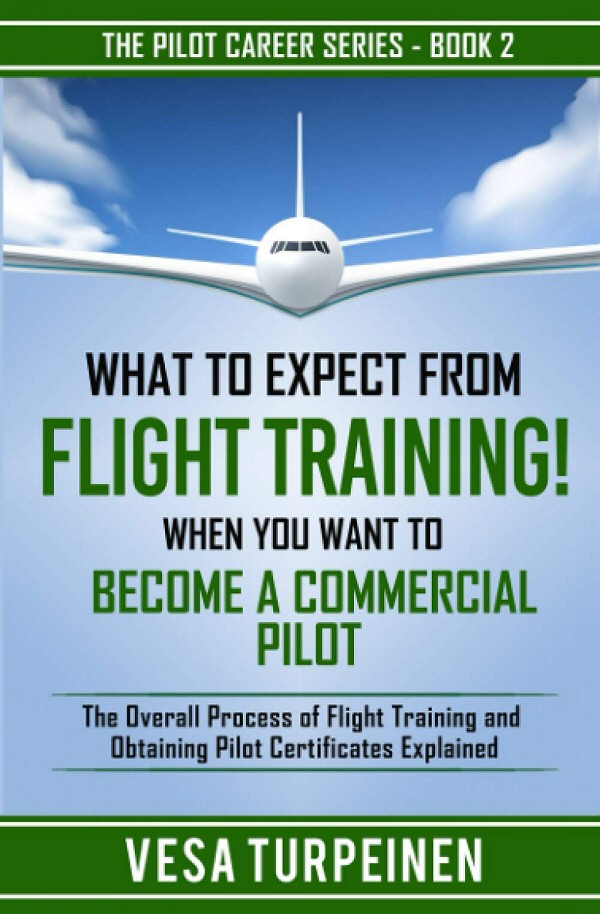 What to Expect from Flight Training! When You Want to Become a Commercial Pilot: The Overall Process of Flight Training and Obtaining Pilot Certificates

Interview with the Author Vesa Turpeinen

If you had to explain this book in one sentence, what would you say?

This book explains what to expect from flight training when you want to becomea commercial pilot if you are planning to start a professional pilot trainingcourse in any flight school.


How does this book relate to the previous book in the Pilot Career Series?


Well, at the end of the first book, I gave the reader ten actionsteps to get started with their pilot careers. The steps involved determiningyour fitness for becoming a pilot, choosing a flight school, etc.


In this book, I assume that you have already decided youwant to become a pilot, and you have signed up for a flight training program.  Next, you should know what you are going to doduring the upcoming months of rigorous training.


I will explain what you are going to learn and study during eachtraining stage for each pilot license and rating in this book. I will also talkextensively about what to expect from different written exams and flightexaminations and how to prepare for them.

When you know what to expect, you areguaranteed to progress through your pilot training smoothly.


Who are the primary influencers on your life and philosophy?

Well, I read a lot - generally at least one book per week or so. So most peoplewho influence me (outside of my family, of course) are authors. Some of themost influential authors for me are:

I also read a lot of books published by organizations such as the FederalAviation Administration (FAA), European Aviation Safety Agency (EASA), NationalAeronautics and Space Administration (NASA), and Embry-Riddle Aeronautical University(ERAU).


What other authors or books influenced you to write this one?

What are some of the major ideas that you integrate into this book or yourlife in general?

In this book, I explain all aspects of flight training verythoroughly. The private pilot license (PPL) chapter is the longest chapter becauseit's the first pilot certificate that everyone needs to get, and everything youlearn is new at that point.

After you get the PPL, you usually move on toinstrument rating and commercial pilot license training. While you learn a lotof new things during IR and CPL training, you will also review a lot of the samethings you have already learned. This is why those chapters are a bit shorterbecause there is no point in me describing the same aeronautical knowledgeareas or same flight maneuvers again and again.

In my life, I try to be very thorough when I study something. Ilike to understand who things work, instead of just memorizing some answers.

Thisbook might be a bit heavy reading because I tried to be as thorough aspossible, but if you read through it, I can promise you that you will be betterprepared for your flight training!

If you could not use your current book title, what would beanother choice?


Anything else you would like to say to the readers?

I sincerely hope you enjoy this book and find it useful inyour preparations for your journey to becoming a commercial pilot.
246 pages
ISBN: ‎978-9526923833
Price:
EUR 12.99
Ready for dispatch: immediately
Free shipping of this item worldwide.
* VAT included. Plus Shipping and Handling.

My Journey To The Flightdeck: Part 1: Spreading My Wings (Becoming a pilot) 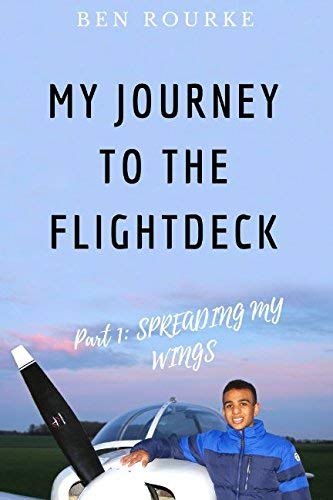 Have that urge to want to fly? Want to attain your Private Pilot's Licence? This book might well help.   EUR 13.95

Learn to fly and become a pilot!

The ultimate guide for determining your capabilities of becoming a professional pilot and getting started with flight training.   EUR 12.99